Plan design features like auto-enrollment continue to raise participation rates among workers who have access to an employer-sponsored defined contribution plan such as a 401(k).

Nevertheless, deferral rates still vary significantly among different age groups, indicating that some workers may not be taking advantage of a company match or might not understand the long-term benefits of consistent saving.

Could the grass be greener?

Millennials may not be contributing at higher rates because they feel limited by their financial situation. In the early stage of a career, they may feel constrained by their salary level or other financial responsibilities, such as college debt.

Millennials are leading the way in this nearly $9 trillion market, and are twice as likely as the overall pool to invest in companies or funds that target social or environmental outcomes, the report stated. 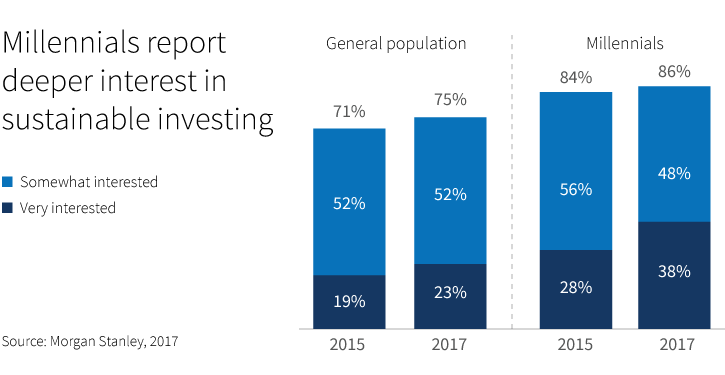 A growing number of investors are factoring sustainability issues into their investment decisions, notes the Global Impact Investing Network. In fact, a 2013 study of wealthy millennials by the Spectrem Group noted that 45% of those surveyed consider social responsibility when making investment decisions.

Plan sponsors are trying a variety of ways to encourage millennials to invest more in workplace savings plans. Two that show promise involve plan design and investment choices. Auto-enrollment has demonstrated the ability to increase participation among millennials, and sustainable investment choices may be attractive to them as well.