2017 was a year in which nothing bothered markets. These conditions set the stage for an historic low-volatility environment, strong equity returns, and, as a result, strong risk-adjusted returns.

The picture began to change in 2018 when geopolitical risk, monetary policy, trade wars, inflation concerns, and an aging bull market all contributed to the return of normal volatility.

Investors have been feeling the volatility through the daily performance of the S&P 500. 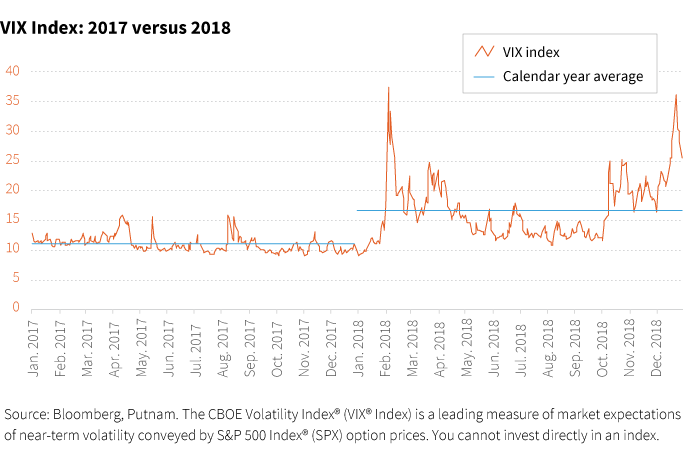 Moving forward into 2019, market volatility will likely persist at current levels, and may even be poised to increase. Three indicators signal this trend.

Historically, volatility tends to trend higher when the yield curve is flatter, and it is nearly flat today: 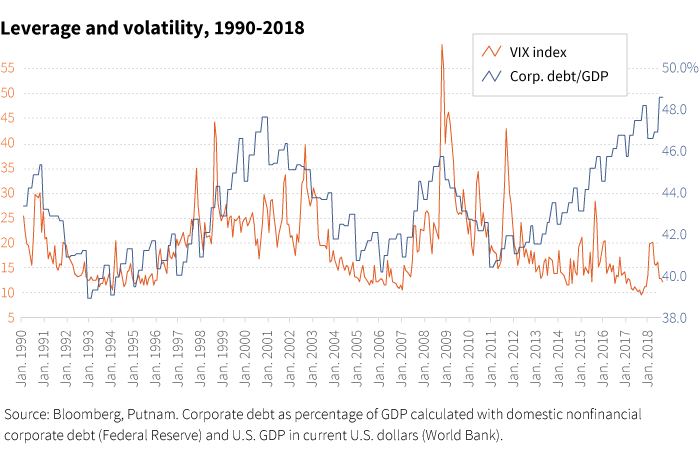 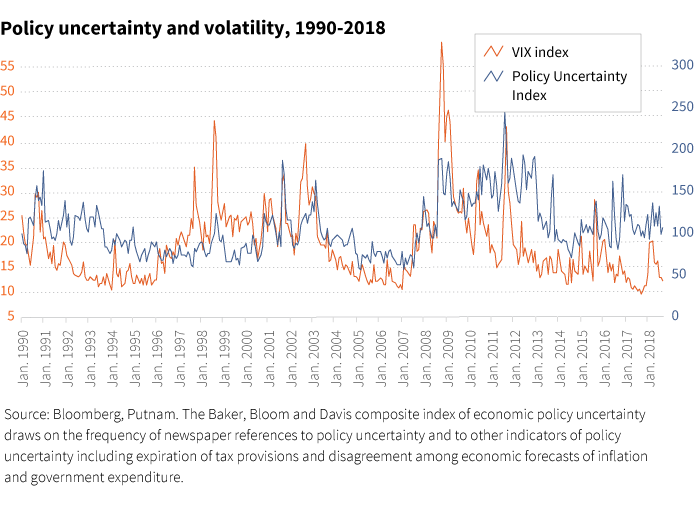 Also, the current environment has a number of issues that can trigger market volatility: jittery investors, the near-decade length of the bull run, trade wars and trade-war rhetoric, a steep drop in the price of oil, and recession fears, to name a few.