Since the mid 2000s, the rise of the Chinese consumer has transformed global luxury markets, opening new horizons for European companies. The challenge is to harness the buying power of China’s rapidly growing upper-middle and more affluent classes. 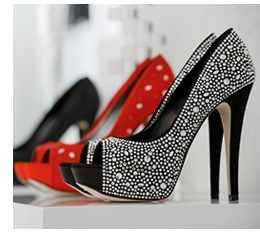 Over the past decade, European luxury companies have learned a great deal about Chinese consumers. Many of them may feel the wealth effect of rising property values, but they don’t just want to spend money. They want to display their wealth in the clearest of terms. For example, the average Chinese owner of a lower-end Lange & Sohne wristwatch, which might retail for $5,000, owns five of them.

Luxury handbags from Louis Vuitton, Chanel, and even the ultra-pricey Hermes have captured Chinese devotees in a remarkable way. Now, new product releases generate hours-long queues on the streets of Hong Kong or Shanghai. In the corporate zone, deals are frequently enhanced by expensive gifts for family members of negotiating parties. Despite the recent high-profile crackdown on corruption, buying a Prada handbag for the CEO’s daughter remains a cultural norm.

Marketing exclusivity can drive sales
Faced with such willing buying power, luxury marketers have stepped up their efforts to maintain their air of exclusivity and uniqueness, even as they research local product preferences and pour money into China-based R&D. Companies that are growing their revenues by close to 15% year over year in China are wary of attempting to magnify those gains simply by opening more stores.

Louis Vuitton, which has been called the world’s most valuable luxury brand, has approximately 50 stores in China, but no apparent plans to develop more. Instead, the firm is interested in growing sales per square foot or, better, transforming existing stores in China and abroad into destinations in and of themselves. If there is no LV store in a fast-growing Tier 3 city — metro areas numbering more than 300 with a population of between 1 million and 3 million — the company may not be interested in establishing one. Consumers, LV believes, will be more interested in, and dedicated to, a brand if they have to travel to buy the goods.

Chinese tourism a key source of luxury revenue
At least half of Chinese luxury spending happens outside mainland China. Hong Kong and Macau are important, but so are Paris, Milan, New York, Singapore, and London. Chinese tourism continues to grow at a rapid pace and this will likely remain an important driver of structural growth in the luxury goods industry.

Distribution control bolsters corporate brands
In concert with maintaining exclusivity is the desire to maintain absolute control over product distribution. If they agree about anything, European luxury retailers believe that cutting back on wholesale distribution is a priority. Very few luxury goods companies are interested in promoting third-party sales of their products. Without the tightest of controls over the way one’s products are communicated and merchandized, the thinking goes, one risks the integrity of the brand.

Consumer is a key to China’s growth
Against the backdrop of this transformation of European luxury retail, which we see as a long-term structural growth story tied to China, the investment opportunities can be quite compelling. We also find them to be frequently misunderstood or under-appreciated by the market.

It should be noted that concerns about the growth rate of the Chinese economy are not irrelevant, and Chinese luxury growth has slowed somewhat in the last year, driven by a combination of a slightly less optimistic economic outlook and a government crackdown on corruption and displays of obvious wealth. Nevertheless, the luxury market continues to grow strongly and is not necessarily directly linked to Chinese GDP growth.

The contemporary wealth effect in China is powerful, and extends far below the ultra rich or the business elite. In fact, China’s growing middle class, which by 2020 could number well over half a billion people, is fast becoming the primary driver of China-sourced profits for the heavyweights of European fashion. The wage inflation that comes with China’s demographic sea change has captured the interest of luxury retailers. As we approach consumer discretionary opportunities in Europe, we are keeping a close watch on companies with exposure to the Chinese consumer — one of the linchpins of China’s long-term growth — seeking to develop differentiated insights into luxury retailers’ earnings potential before the market sees it.

The companies referenced in this post were not holdings of Putnam Global Consumer Fund as of September 30, 2013.